Message Sent
Thank you for your inquiry. We will respond to you as soon as possible.

e-newsletter
Thank you for your interest in our e-newsletter. Our records indicate that you are already receiving our e-newsletter. If you would like to make changes to your frequency settings, please click on the "My Account" link on the left navigation.

You are at: Planned Giving > News > Finance News

You are at: Planned Giving > News > Finance News 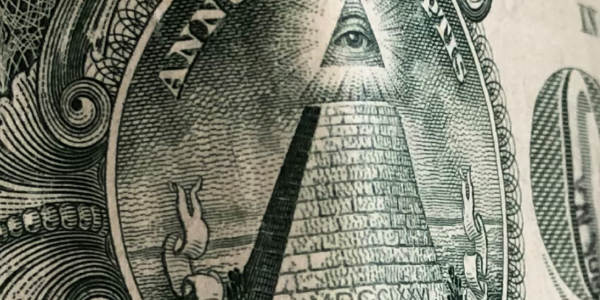 "In Q4, we saw strong performance in the U.S. with eCommerce and Sam's Club plus strength in Mexico, India and China," said Walmart President and CEO Doug McMillon. "We started and finished the quarter with momentum, while sales leading up to Christmas in our U.S. stores were a little softer than expected."

Walmart Inc. (WMT) shares ended the week at $118.58, virtually unchanged for the week.

Revenue for the fourth quarter came in at $1.15 billion, up from $1.08 billion during this quarter last year. This beat analysts' expectations of $1.13 billion.

"I am extremely proud of the accomplishments of our franchisees and our team members from around the world, not just in the fourth quarter, but throughout all of 2019," said Domino's Chief Executive Officer Ritch Allison. "Our relentless focus on our customers, our franchisees and the long-term growth and profitability of the Domino's business model helped us deliver a solid 2019 in the face of unique competitive headwinds."

Domino's reported net income of $129.3 million during the quarter. This was up from $111.6 million reported at this time last year.

The world's largest pizza chain reported domestic same store growth of 3.4% for the quarter, exceeding analysts' expectation of 2.3% growth. Last year, same store growth was 6.3% domestically and 3.3% internationally. In 2019, Domino's launched its GPS technology, named Domino's Tracker, allowing customers to track the progress of their pizza from the store to their doorstep at approximately 25% of its locations. The Domino's Tracker technology is expected to be added to the remaining stores in 2020. The company netted 141 additional stores in the U.S. and 351 internationally during the quarter.

The company's fourth quarter revenue was $1.1 billion. This was 18% higher than the same period last year and surpassed analysts' estimates of $1.0 billion. Additionally, the company reported full-year revenue of $3.8 billion.

"2019 was another exciting year of growth thanks to our strong lineup of products and unique innovations," said Cliff Pemble, President and CEO of Garmin Ltd. "We entered 2020 with a great lineup of recently introduced products with more on the way. We are excited about the future because each business segment offers unique growth opportunities for 2020 and beyond."

U.S. Treasury Yields fell this week, with the 30-year note hitting a record low. Investors are continuing to monitor monetary policy and containment of the coronavirus, officially named "COVID-19" by the World Health Organization.

On Friday, the yield on the 30-year Treasury bond sank to an all-time record low of 1.89%. Investors flock to safe haven assets in the face of uncertainty. Yields move inversely to prices.

"It's hard to imagine any scenario where we get an 'all clear' on the COVID-19 front by Monday," said Jon Hill, an interest-rate strategist at BMO Capital Markets. "But things can certainly get much worse in the next 60 hours. That asymmetry means its very hard to go into the weekend short safe haven assets."

On Wednesday, the Federal Reserve released the minutes from the Federal Open Market Committee's (FOMC) most recent meeting. The minutes noted the U.S. economy was stronger than expected, but mentioned continued monitoring of risk factors, including low inflation.

"Some trade uncertainties had diminished recently, and there were some signs of stabilization in global growth," the FOMC minutes stated. "Nonetheless, uncertainties about the outlook remained, including those posed by the outbreak of the coronavirus."

"The low mortgage rate environment continues to spur homebuying activity, with applications to purchase a home up fifteen percent from a year ago," said Freddie Mac's Chief Economist Sam Khater. "We've seen new residential construction surge over the last few months, on pace to reach the highest level in more than a decade. This is a good sign for the inventory-starved housing market and is a promising indication for the spring homebuying season."

Founded in 1899, Southern Nazarene University is a private, Christian, liberal arts university - a service of the Church of the Nazarene. Located on a 40-acre campus just west of Oklahoma City, SNU grew out of several small colleges committed to training people for service to God and their fellow man. More than 32,000 alumni work and serve throughout the United States and the world. Read More